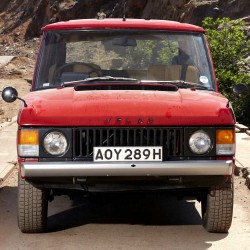 The VELAR is Reborn. The luxury SUV was created in 1970 when Land Rover launched the original Range Rover. Almost half a century later that spirit of innovation continues with the introduction of the fourth member of the Range Rover family, to be unveiled on 1 March 2017.

Elegant simplicity, a visually reductive approach and pioneering consumer technology are the hallmarks of the new Range Rover Velar.

The origin of the Velar name (pronounced vel-ar) dates back to the first Range Rover prototypes of the Sixties: the pioneers of the luxury SUV landscape.

When development engineers needed to hide the true identity of the 26 pre-production Range Rovers, they chose the name Velar, derived from the Latin velare meaning to veil or cover.